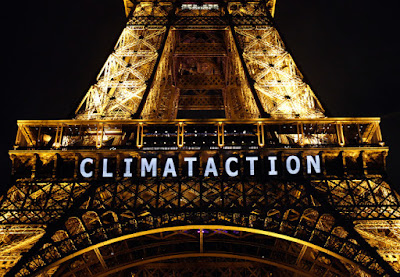 By Bonizella Biagini
On December 12, 2015, the 195 nations signatory to the UN Framework Agreement on Climate Change reached an historic agreement to combat climate change and redirect investment towards a more climate friendly future.
The landmark goals set out in the agreement will have profound effect on developing nations, and can serve to highlight the importance of improved climate and weather monitoring systems and innovative initiatives like the UNDP-supported, GEF-financed Climate Information and Early Warning Systems Projects.
The universal agreement’s main aim is to limit the global temperature rise this century well below 2 degrees Celsius, if possible even further to 1.5 degrees Celsius above pre-industrial levels. The excitement surrounding this agreement was reflected in remarks by UN Secretary General Ban Ki-Moon, who said: “We have entered a new era of global cooperation on one of the most complex issues ever to confront humanity. For the first time, every country in the world has pledged to curb emissions, strengthen resilience and join in common cause to take common climate action. This is a resounding success for multilateralism.”
In the broadest, long-term sense, the importance of the agreement for Climate Information and Early Warning Systems Projects supported by the CIRDA programme is obvious. By building strong institutions, and delivering smart, efficient and cost-effective weather and climate monitoring systems, we have the opportunity to adapt more effectively to the realities of a changing climate. Higher temperatures, floods, drought and other extreme weather events are putting lives at risk throughout Africa – and across the globe – and they threaten to weaken and undermine advances in lowering poverty, fostering resilience and achieving other development goals. With better weather and climate information, policy makers and other influencers can make climate-smart decisions, they can work to achieve emission reduction goals and foster innovative development initiatives that will aid in adapting to a new climate reality.
During the second week of negotiations, the CIRDA team engaged with African Ministers, high-level representatives from other UN organizations, delegations from climate finance facilities, and representatives from National Meteorological and Hydrological Services (NMHS) – along with farmers and other key stakeholders – to actively engage in a dialogue on improving climate information systems in sub-Saharan Africa. A central point of this dialogue was the importance of sustainability and a mandate to improve the information, forecasts and early warnings being produced by NMHS in Africa. Another feature of the second week was a public event introducing a report jointly prepared by UNDP and the World Resources Institute (WRI), “Adapting from the Ground Up.”  UNDP Administrator Helen Clark noted that micro and small enterprises (MSEs) are the “backbone of the communities in which they operate” and thus a critical focus for adaptation efforts. “Strengthening the resilience of MSEs strengthens the resilience of communities,” she added.  Robert Rutaggi, head of the Uganda Meteorological Authority, was among the panelists.
There are also specific provisions with respect to financing and support of adaptation that will have immediate and direct relevance to Climate Information and Early Warning Systems Projects.
●      Increased Climate Finance. Governments decided that they will work to define a clear roadmap on increasing climate finance to US$100 billion by 2020. In addition, they agreed to set a new goal on the provision of yet greater finance beyond the US$100 billion mark by 2025. UNFCCC Executive Secretary Christiana Figueres said: “Under the Paris Agreement, the provision of finance from multiple sources will clearly be taken to a new level, which is of critical importance to the most vulnerable.”
●      Continued Focus on Adaptation Plans. All countries will submit adaptation communications, in which they may detail their adaptation priorities, support needs and plans. It will be likely that in many developing countries – especially African LDCs – one of the key adaptation priorities listed in these reports will be access to timely and reliable weather and climate data. The next COP will include consideration of ways to increase support for developing country adaptation actions and the adequacy of this support will be assessed. The Green Climate Fund is also requested to “expedite support for the least developed countries… for the formulation of adaptation plans… and for the subsequent implementation of policies, projects and programmes identified by them” (Par. 47).
●      Further Engagement with the Private Sector. Many sub-national and private sector entities announced commitments to climate action during the COP. The UNFCCC portal for Non-State Actor Zone for Climate Action (NAZCA) now includes actions by sub-national states and regions comprising one fifth of total global land area and combined GDP of US$12.5 trillion; over 5,000 companies from more than 90 countries that together represent the majority of global market capitalization and over US$38 trillion in revenue; and nearly 500 investors with total assets under management of over US$25 trillion.
●      Stock-Taking. The agreement also provides for a global stocktaking starting in 2023 to assess the collective progress towards the goals of the agreement, with a repeat every five years thereafter.
Note that the Agreement is not immediately effective but will enter into force after 55 countries – that account for at least 55% of global emissions – have deposited their instruments of ratification. For more stories from the Paris COP, visit the UNDP COP Webpage.