An expert available to the CIRDA Team quickly provided real life experience of ongoing efforts in the Philippines to devise a simple and clear scheme that not only communicates climate information but that can also motivate appropriate action.

An example that has been effective to educate communities that live along the rivers in the Philippines has been the use of graphic imaging. For instance, comparing flood levels to the height of popular Philippine boxer Manny Pacquiao. Graphic imaging is able to translate easily to a population familiar with this national sports hero. While people may not know much about hydrology, most will know everything about this world class boxer. Two other examples of "weather iconography" (found below) follow this example of graphic imaging. While some are effective, others may prove to be too complex. 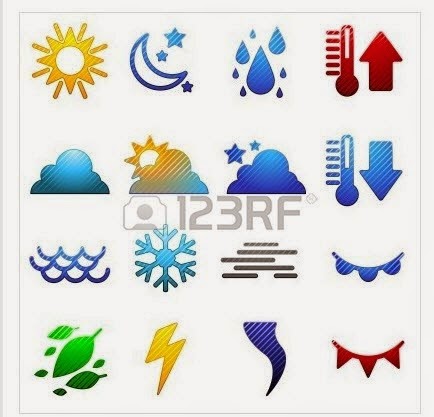 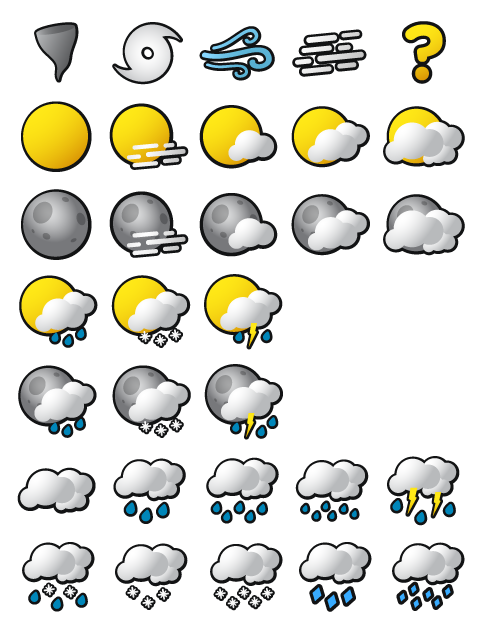 However our expert was clear in stating that research has shown that one of the complicating factors in having early warning information lead to action is that individuals usually will not take action upon receiving climate and early warning information from just one source. They seek confirmation from other sources, relatives, and local leaders (government officials, police and religious leaders) about the warning and on what actions should be taken.

Thus although it is certainly possible to devise communications that would be suitable for non-literate individuals, communities still need to be trained on what the warning means and appropriate actions to take when it is received. In these cases it has been found that training school children has had a positive effect on teaching parents not only on the use of the iconography, but also on its real life appropriate action.